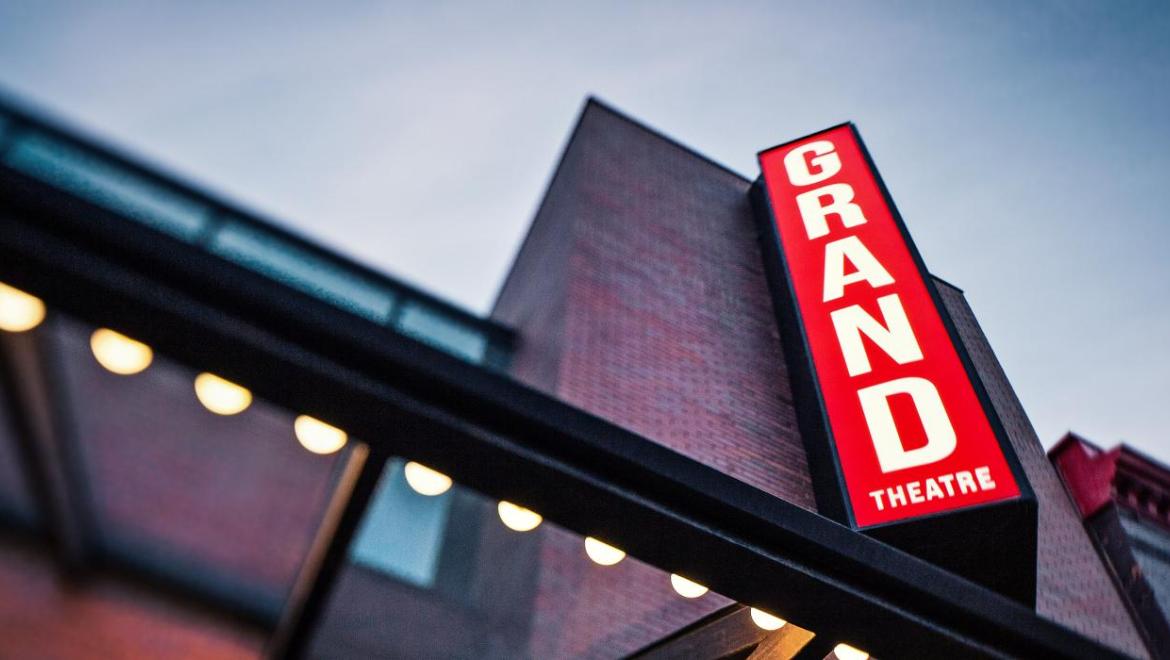 The Grand Theatre operates on the traditional lands of the Attawandaron (also known as Neutral) people and territories associated with various trea­ties of the Anishinaabeg, Haudenosaunee, and Lunaapewak. The Attawandaron peoples once settled this region alongside the Algonquin and Haudenosaunee peoples, and used this land as their traditional beaver hunting grounds.

In London, the treaties include the 1796 London Township Treaty and the 1822 Longwoods Treaty. The London Township Treaty was a regional treaty signed by diplomats representing all parties living on the land that today we know as southwestern Ontario. The Longwoods Treaty was signed by representatives of the Crown and the Chippewas of the Thames First Nation and covers approximately 580,000 acres in area.

Locally, there are three First Nations communities. They are the Chippewas of the Thames First Nation, the Oneida Nation of the Thames, and the Munsee Delaware Nation. We would also like to recognize the growing Indigenous urban population, comprised of First Nations, Métis, and Inuit people.

We value the significant historical and contemporary contributions of local and regional First Nation, and all of the Original Peoples of Turtle Island (also known as North America). We acknowledge the traditional lands upon which we operate, as well as all the sacred waterways.

A leading cultural hub, the Grand is proudly located in the heart of downtown London, Ontario. We are a place for all Londoners, for everyone, to gather, celebrate, and be inspired by exceptional theatre experiences.

We bring the world to London with diverse, relevant, and original stories from around the globe, and through collaborations with exceptional national and international performing arts organizations.

And we bring London to the world stage with a commitment to developing, producing, and premiering new and original stories through COMPASS, our new play development program. In partnership with artists and playwrights from around the world and around the corner, we present relevant, provocative and entertaining stories that remind us of our collective humanity.

The Grand's commitment to educational programming and youth mentorship is exemplified by The High School Project, the only project of its kind in North America. An award-winning community outreach initiative launched as part of the 2017-18 Season, 100 Schools, demonstrates our commitment to engage children at the youngest ages to all aspects of live theatre.

A not-for-profit regional theatre, the Grand produces and presents professional theatre on two stages: the Spriet Stage (839 seats) and the Auburn Stage (144 seats). The Grand season runs from September to May with a subscription series on both stages.

The Spriet Stage - An Historic Gift 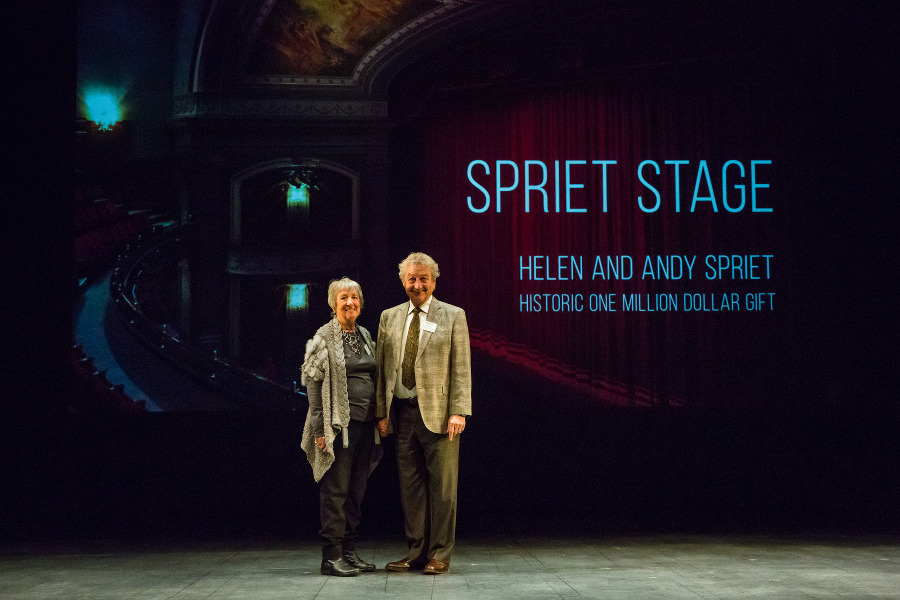 On March 9, 2017 the Grand Theatre announced an historic donation from Helen and Andy Spriet, philanthropic leaders in London who committed $1,000,000 to support the work of the theatre. This donation marks the largest individual gift in Grand Theatre history and in the arts community in London.

In recognition of this investment, the Grand Theatre main stage was renamed the Spriet Stage.

“The Grand Theatre has always held a special place for us. Over the years we have been inspired by other London families, like the Iveys, who have shown their leadership and leveraged impact with significant gifts to local causes and organizations that matter to the community. We had planned to leave a legacy gift to the Grand but the opportunity to see our donation have an immediate and lasting impact for all Londoners was really exciting for us,” said Helen Spriet who served on the Board of Directors of the Grand Theatre from 2008 to 2015.

We celebrate Helen and Andy and their family for this remarkable gift that will help to transform the theatre, on and off the stage, over the coming years.  Learn More » 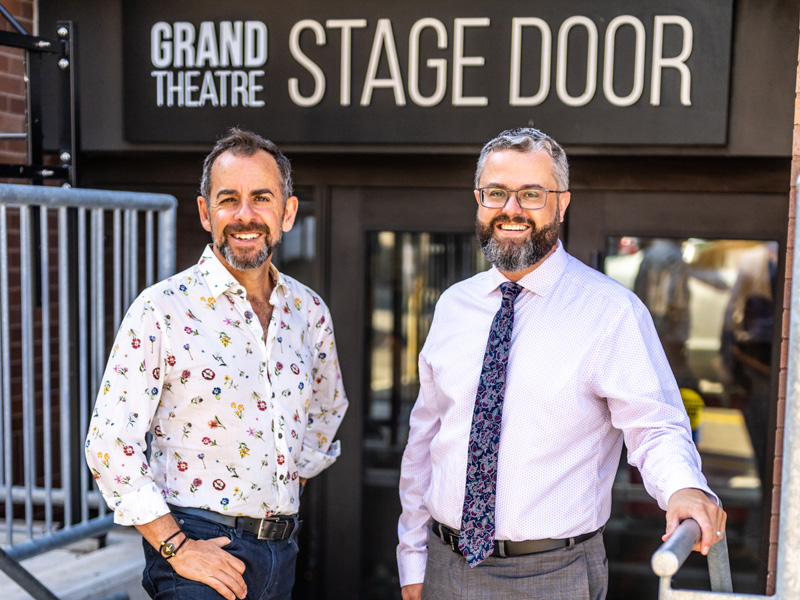 Evan Klassen arrived in London to take on the position of Executive Director of the Grand Theatre in August 2022.  Learn More »

The Grand Theatre began its existence in 1901 as the Grand Opera House. The original owner and manager was theatre impresario Ambrose J. Small, who ran the theatre as a touring house for road shows, vaudeville, and other entertainments to perform in.  Learn More »

Explore six decades of the Grand through the artistic directors who helped shape its legacy.  Learn More »